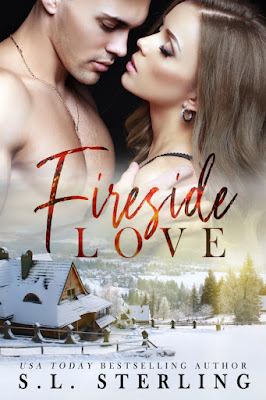 Kristy
I hated my job. I had no social life.
Somehow I had become so predictable after my last relationship ended, that the cashier at the local food mart already had my favorite wine bagged and waiting for me behind the counter when I walked in on Friday afternoon.
I needed to get away, from everything.
So when my best friend, Addie, called up and offered me a FREE weekend getaway, how could I say no.
Promises of a quiet weekend with a good book, warm fires, and flannel pajamas? Yes, please!
Austin
It had been eighteen months.
Eighteen months, since I had lost my wife in a car accident and learned that our marriage had been nothing but one big lie.
I’d done nothing but work and mope around my sister’s house, so when she told me to take her cabin for the weekend. Time alone, surrounded by nature and the fresh cold mountain air was exactly what I’d been needing.
However, my plans of being alone in the wilderness quickly vanished when I walked through the doors of the cabin and found my sister’s best friend drunk and half-naked on the floor of the very same cabin.
I’d hidden my crush on her for years. Perhaps, not well enough. After all, Addie must have set this up.
The weekend was about to get a lot more interesting.
From USA Today Bestselling Author S.L. Sterling comes this friends to lovers romance that will warm your heart on a cold winters night.

Fireside Love is available for purchase: 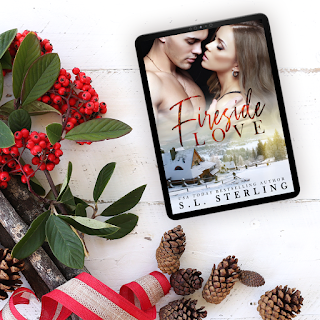 Fireside Love is a short and sweet tale full of holiday warmth. Kristy's in a rut. She hates everything about how her life has been going and where she's at. Austin has had a rough go at things himself. Having survived his late wife's death and devastating betrayal, he, too, is looking for a reset. So, what better than being thrown together, alone at a cottage, in the woods for an entire weekend? Kristy's best friend, also Austin's sister, masterminds a plan to get the of them together for a weekend that, in her mind, hopefully brings the two together to rekindle a flame that could have ignited way back when. A quick read, I think I would have liked it better if there was a bit more development of characters but still an enjoyable read! 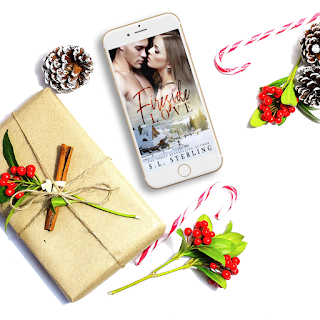 About the Author
USA Today Bestselling Author S.L. Sterling was born and raised in southern Ontario. She now lives in Northern Ontario Canada with her two dogs,  and is married to her best friend and soul mate.
An avid reader all her life, S.L. Sterling dreamed of becoming an author. She decided to give writing a try after one of her favorite authors launched a course on how to write your novel. This course gave her the push she needed to put pen to paper and her debut novel "It Was Always You" was born.
When S.L. Sterling isn't writing or plotting her next novel she can be found curled up with a cup of coffee, blanket and the newest romance novel from one of her favorite authors.
In her spare time, she enjoys camping, hiking, sunny destinations, spending quality time with family and friends and of course reading.
Connect with S.L. Sterling on: 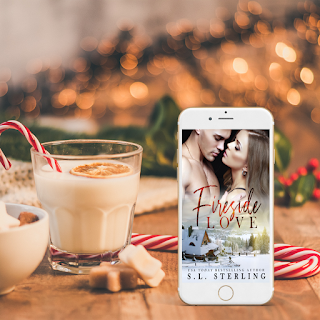 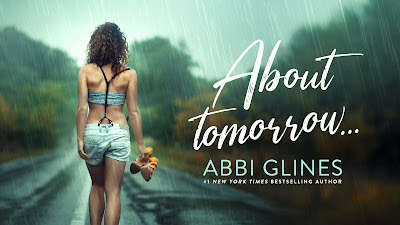 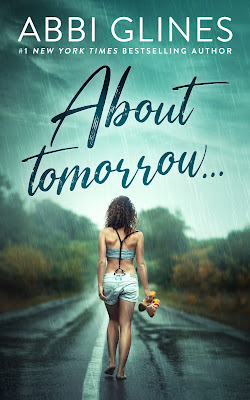 I close my eyes as I hear him speak. I take one very long and deep breath hoping to calm the immediate butterflies that take flight in my stomach and hope to slow down the racing of my heart. The voice was slightly deeper but the timbre was one that was achingly familiar.


My actions did little to help, but then who was I kidding? A deep breath wasn't going to fix the effect he had on me and my body's inevitable reaction. Even the memories that would forever haunt me couldn't keep my emotions from triggering at the nearness of him once again.


I used to pray that I'd find the strength to move on from him, from the pain that the end carried, from the emptiness in my chest, but ultimately move on from—the loss of Creed Sullivan and the death of his sister, Cora.


The Sullivans had been the best part of my summers in New England.


Deep down, I knew my ache for all that I had lost was the reason I returned...


But I hadn't expected to see him again—especially not like this.

About Tomorrow... is available for Pre-Order: 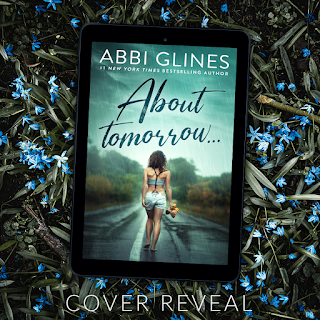 Abbi Glines is a #1 New York Times, USA Today, and Wall Street Journal bestselling author of the Rosemary Beach, Sea Breeze, Vincent Boys, Field Party and Existence series. She never cooks unless baking during the Christmas holiday counts. She believes in ghosts and has a habit of asking people if their house is haunted before she goes in it. She drinks afternoon tea because she wants to be British but alas she was born in Alabama. When asked how many books she has written she has to stop and count on her fingers. When she’s not locked away writing, she is reading, shopping (major shoe and purse addiction), sneaking off to the movies alone, and listening to the drama in her teenagers lives while making mental notes on the good stuff to use later. Don’t judge.

You can connect with Abbi online in several different ways. She uses social media to procrastinate. 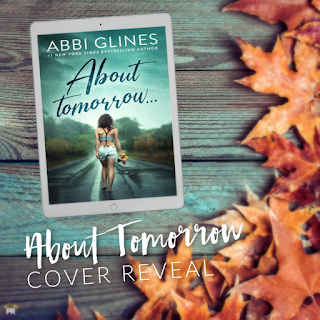 Blog Tour: The Reality of Everything by Rebecca Yarros 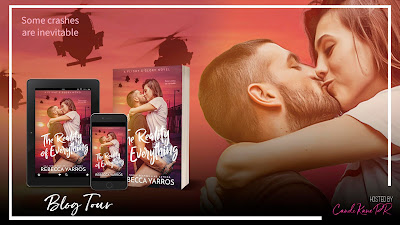 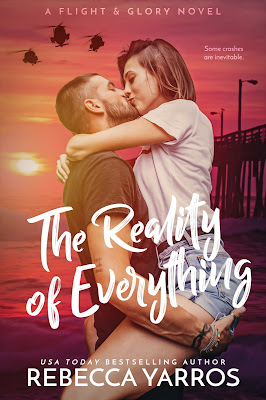 Two years after the man she loved was killed in Afghanistan, Morgan Bartley is trying to put the pieces of her life back together. The reno on her dilapidated beach house in the Outer Banks might be just the distraction she needs to keep her debilitating anxiety attacks at bay and begin to heal her heart...if she can ignore the ridiculously handsome guy next door.

At twenty-eight, single-dad Jackson Montgomery’s life revolves around his five-year-old daughter and his job as a search-and-rescue pilot for the coast guard. He’s no stranger to saving a damsel in distress, and though his gorgeous new neighbor is clearly in distress, she’s no damsel. She’s stubborn as hell with walls a mile thick, and the dog tags hanging from her rearview mirror give him a pretty good clue as to why.

It doesn’t matter that their attraction is undeniable—she swore she’d never fall for another pilot, let alone a military man. There are some wounds time can’t heal, and some fears too consuming to conquer.

She’s a barely breathing heartbreak on the edge of recovery.
He’s a crash waiting to happen.
Together they could have it all...if they can endure the coming storm.

The Reality of Everything is available for purchase: 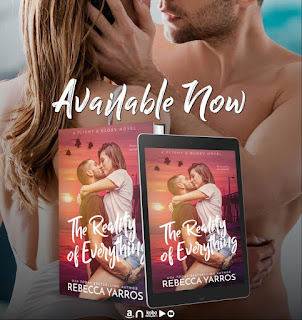 Holy.Hell. I know I've been waiting and asking for Morgan's story but this killed me. The gut-wrench, tear-inducing story was more than I expected (though, I don't know why I ever expect anything less than phenomenal from Rebecca). The Flight & Glory series ended with Josh and Ember, Jagger and Paisley, Grayson and Sam with their happy endings. The series also left us all wondering...but what about Morgan? What happened after they tragically lost Will?

And so we've been gifted with Morgan's story. Two years after the accident that took her shot of happily ever after away from her, Morgan is still picking up the pieces of her shattered heart and trying to put her life back together. Dealing with crippling anxiety, she buys a run-down beach house in the Outer Banks in hopes that rebuilding it will help her in her own healing process. Of course, her new-old house is situated right next to Jackson Montgomery--devoted single-dad, happens to be gorgeous but also happens to be a search-and-rescue pilot for the coast guard. Avoid him at all costs and life is good, right? Except that she can't. Undeniably drawn to him, Morgan has to figure out how to deal with her biggest fear and if she can accept that she has indisputable feelings for someone who embodies everything she has sealed her heart from. Is a chance at happiness worth every risk her heart and mind has been screaming at her to stay away from? 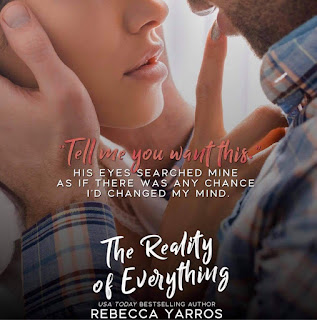 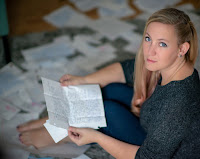 Rebecca is a Wall Street Journal and USA Today bestselling author of over fifteen novels, and is always ready to bring on the emotions. She's also the recipient of the Colorado Romance Writer’s Award of Excellence for Eyes Turned Skyward from her Flight and Glory series. She loves military heroes and has been blissfully married to hers for eighteen years. She’s the mother of six children, ranging from kindergarten to law school, and is currently surviving the teenage years with two of her four hockey-playing sons. When she’s not writing, you can find her at the hockey rink or sneaking in some guitar time. She lives in Colorado with her family, their stubborn English bulldog, and a feisty chinchilla. Having fostered then adopted their youngest daughter, Rebecca is passionate about helping children in the foster system through her nonprofit, One October.


Connect with Rebecca Yarros on:

How to Seduce a Band Geek
by Cassie Mae
tagged: currently-reading

hc
I like my carbs and ice cream is a food group of its own to me. I enjoy Symphony & Metallica and New Country. I run around after a couple of monkeys most of the time and when I don't, I read...then I write about it.